Extract The day I met you (Josephine P)


“I can’t do it” I whispered lifelessly, looking at my gaunt reflection in the mirror.
Meanwhile Odette was trying to fix my hair into a perfect chignon and Margot
was getting busy hiding those deep dark circles that didn’t seem willing to ever abandon me.
“Nonsense! You'll do great, Lucy! It's just a dinner!” Margot tried to reassure me while putting the third layer of concealer under my eyes.
“A dinner with my mother and her new family that I haven’t seen for six years” I reminded her trying to curb the anxiety that was gripping my stomach.
“That’s why you have to go! Show them what they missed in all this time! You need to prove them that their abandonment did nothing to you and that you came out victorious… Even better, you are stronger now” Odette tried to convince me.
“Victorious, me? Have you looked at me?”
“Yes, you are beautiful, Lucy!” Odette immediately replied with a wide smile on her face.
“I’m not beautiful! I’m tired, sleep deprived, penny less, constantly unemployed, God knows how much in debt I am and I have countless worries about Chucky’s health”
“Don’t say that! You need to look at things from a different perspective!”
“Which one?” I asked bitterly.
“For starters you look great. You even lost a few pounds”
“Thanks to a colic that kept me from eating for almost a week. Even now I haven’t fully recovered” I reminded her, thinking back to how I had been ill until five days prior.
“A colic that has made you lose enough weight to put on this wonderful body con dress by Chanel” Margot added.
“A dress I can’t even afford given I am broke” I countered depressed, sliding my trembling fingers over that wonderful emerald dress that belonged to Odette. 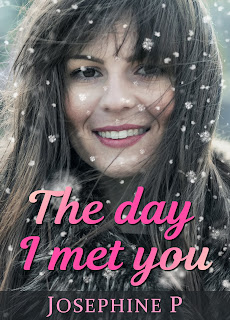