I woke hearing a thin and close metallic screech, coming out of that strange dreamless and timeless numbness I felt stuck in.
The mind was still completely numb, like all my two hundred and six bones that seemed to have mummified in that fetal position for who knows how many hours... or days.
I tried to open my eyes but as soon as a crack of sunlight was able to seep through my eyelashes, it felt like I was hit by a laser piercing my eyeball all the way to my brain, which began to throb painfully.
I barely managed to grunt in pain, my mouth feeling like sandpaper.
I tried to make a deep breath, but m nostrils felt clogged with sawdust, itching me with each breath I took.
I coughed with little success. My ribs had no intention of expanding to allow oxygen to fill my lungs more than the bare minimum.
Meanwhile that metallic noise, similar to a chain grinding against smooth metal, kept tormenting me, making its way into my brain, reaching the rational part of my mind.
Where did that noise come from? It wasn’t familiar, yet it comforted me, as if I wasn’t alone.
Intimidated by that foreign sound, yet reassuring by it, I slowly started moving my fingers, recovering their circulation.
My legs also started moving and I immediately realised I was lying down.
I felt a silky smooth fabric under my still numb hands.
Bed sheets, I thought.
I was in bed.
My bed?
I couldn’t say. I couldn’t even remember how my bed was, in that moment.
Everything was unknown.
Even the woman’s scent I was able to breathe into the pillow was unfamiliar to me.
With great struggle, I managed to move my head and finally breathe better.
The air was fragranced but stale, as if the room I was in had its windows closed for a long time. It smelled of roses, new carpet and fine wine left to decanter for several hours. But also something else… Something unidentifiable, something I wasn’t used to.
Suddenly my mind started listing all stimuli: the metallic noise, the wine, the carpet, the bed sheets, the woman’s perfume…
I thought about my bedroom.
I thought about it so much I almost dosed off.
Nothing.
I couldn’t remember it.
I couldn’t even remember how it was made: the colour on the walls, where the bed was, the smell of the room… 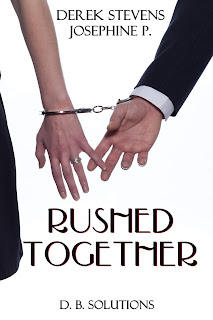