“Please, Caroline, turn down your voice, I’ve got a terrible headache” Jason lamented painfully, laying his head on the desk full of booklets and documents.
“I’m just listing your engagements for today. You have to meet Sandra Foster in the conference room in less than an hour, while you are due at the court in a couple of hours for the Bradshaw vs. Haton case. I hope you have studied the final address you got ready on Friday, since you said you wanted to close the case”.
“Oh God, my head is aching so much I can’t even remember where I put the documents”
“You’re resting on them” answered his assistant coldly, prepared not to be moved. She was used to her boss’s crazy nights and binges after five years. It was quite usual to see him arrive at the office every Monday with one of his headaches. Even if she tried to avoid meetings and conferences in court at the beginning of the week, she didn’t always succeed.
“My head is bursting…”.
“This is the third time you have said that… If you are thinking of behaving like this in court, I must tell Michael Bradshaw he is done for”.
“Caroline, you are heartless. I’m suffering…”.
“Like every Monday. Jason Ezechiele Walsh, you are thirty-five and nobody has still taught you the existence of non-alcoholic drinks to avoid drunkenness?” Caroline scolded him, calling him by his full name and knowing how much that annoyed him.
“I don’t like that bitter irony in your voice”.
“Then sack me”.
“I would have already done so, if I had time to loose in long and boring job interviews to find a new assistant with your competences”.
“Actually you already know you will never find anyone as good as me” she replied defiantly.
Jason finally lifted his head from the desk to address her one of his fascinating and provoking looks by which he had got dozens of women fall in love with him.
“You are right” he admitted with a large smile. Jason couldn’t really get rid of Caroline. She was the only one who understood him just by a glance and he completely relied on her. In fact, when he left the law firm Bronson & Bronson where he had met Caroline who was then working as secretary for him and another member, he asked her to follow him to Sailman & Baker, one of the most famous law firms in the City, to go on working together.
Five years had passed since then and neither Jason nor Caroline had ever regretted this choice. They were like one soul and they knew everything about each other. However, there had never been anything personal and intimate between them, apart from some skirmishes between confidents and they had never met after working time, which sometimes covered more than ten hours daily.
“I’m always right” declared rapidly Caroline, who loved pretending to be superior.
“And now I wish to advise you to drink a very strong coffee and have a look at the Foster file before the meeting”.
“You will go and get it for me, won’t you?” he prayed her with a charming sulk.
“Of course not, you know!”.
“I’m your boss and…” he tried to look threatening, knowing that it was completely useless.
“Must I produce to you the employment contract you made me sign? It is not specified in my duties that I have to bring you coffee”.
“I know, you have already told me thousands of times, but I thought this time you would have bent the rules. If you were then so kind as to bring me also a glass of water and an aspirin, I would be in debt to you for my life” he prayed her sweetly, sure to make her give in… as usual.
“Let’s go for an aspirin” Caroline surrendered going out of the office.
“But only because I care about you cutting a fair figure in front of Baker, since Sandra Foster is his sister-in-law”.
Remembering that one of the founders of the law firm was going to take part in the meeting made Jason rouse from his headache all at once.
He immediately opened the papers relating to the client who wanted to lodge a complaint against her ex-partner, who had taken all the company’s customers away when she had set up business on her own, spreading gossips and slanders about Mrs Foster, who had always based her success on moral integrity.
He hardly noticed his assistant putting on the desk a glass of water with an aspirin and… coffee.
“Thanks, Caroline”.
“With this it’s one hundred and sixty-four”.
“One hundred and sixty-four what?”
“Favors you owe to me” she recalled, reminding him his prayers.
“I tremble when I think that you will want to draw… I’m in your usurer hands by now” Jason laughed amused at the thought that she was always able to have everything under control.
Caroline replied with a devilish smile before she went out of the room. 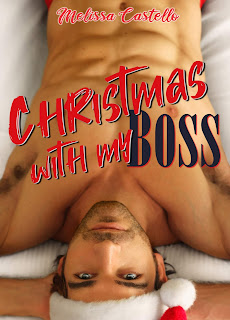